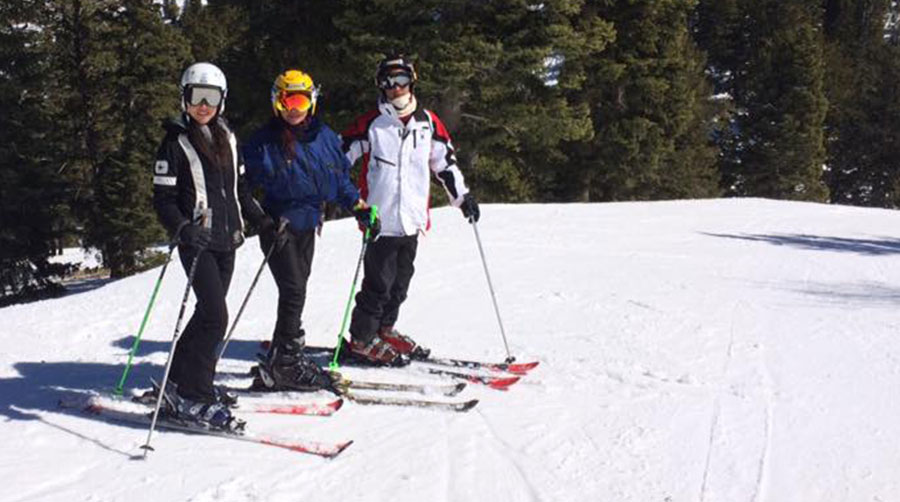 Most closest to me know I love a good ski vacation, travel, going to shows and celebrity sightings. Fortunately, I often get to combine those interests though my many trips, both business and pleasure all around the country. From conferences in Miami to fundraisers in Aspen, I often find a way to run into a celebrity or two all while in pursuit good times with my family, my hobbies and interests.

During our many annual ski trips and vacations we have enjoyed the company of world renown skiers and olympic athletes. Here we are in 2014 at Aspen Snowmass, where we ran into several athletes and even got a autographs!

In addition to the many celebrities we have met while on vacation and skiing, we have met several stars of the stage and screen while on our travels to New Orleans, Manhattan and Miami.

Here we are with Kenny Loggins after one of his shows in New Orleans. We attended his show while there for an Orthodontic conference. We were even lucky enough to get up close and personal at an after concert party where he and one of his band members graciously posed for a picture.

Also here are pictures of Al Pacino and Bruce Willis. We ran into them outside the theatre in New York posing for pictures and signing autographs after their performance.

Lastly are pictures from iHeart Radio Ultimate Pool Party in Miami. Our entire family got into the performances that night and we even went backstage and snapped pics with Krewella, Nick Cannon and Icona Pop.

Imagine our surprise when Yan and I ran into Chicago Blackhawks players in Los Angeles. We were in LA for a graduation and soon discovered we were staying in the same hotel as the Blackhawks team. Yan encountered two players after he finished swimming laps in the hotel pool one day. Later, I ran into several more Blackhawks as I entered an elevator and was lucky enough to get some photos with them, too! Congratulations to the professional hockey team, which won the Stanley Cup.

Of the many things I have experienced in my life, one of the most fun and interesting was modeling. Although my modeling career was not nearly as enduring, I did have the pleasure of meeting supermodel, Cindy Crawford. She and I posed for this picture while at a fundraiser for a Chicago area school in 2008.

Staying fit and active is part of who I am, and Tennis is a big part of that. So imagine my surprise running into Andre Agassi while at an Invisalign conference in L.A. in 2006. He bought a round of drinks for our group, but I really just wanted this picture. What a great guy!